How to throw your hook into their weary, cynical hearts and leave them smiling

The original premise of this post was about high-converting email copy. In theory, this should be easy to nail down; emails have been around since the dawn of the internet. There’s a few tips that help and the content is straight-forward.

Assemble them all; just like a jigsaw puzzle, and you will have an email.

There’s just one problem with this formula.

It lacks a soul.

That Van Gough Sunflower puzzle may satisfy you for the evening, but it’s no substitute for the real thing that people flock to see all over the world. To make your email content connect to your reader – that’s what ‘conversion’ is all about –  you’ve got to take a risk and talk about something real. Today’s Twitter comment, this client’s story, that mistake or the fact you lost your keys and you are typing this on your phone, outside your door.

Thank goodness for Wi-Fi and a porch shelter.

I read and study a lot of different emails on a daily basis and the thing that sets good writing apart from the rest is its courage. The writer takes a chance to open themselves up and risk rejection – because they know their readers will empathize with them. It does not have to be extraordinary either – it’s the little, normal stories that count. Why else, for example, would a copyright row break out between two supermarkets over Colin the Caterpillar here in the UK? We are talking about a chocolate-covered roll with a puddle for a face.  It’s the sort of cake you buy for your three-year-old and take to the office party as a joke. And yet, it caught everyone’s attention with a viral hashtag on Twitter (#SaveColin!) with the newspapers ranking the cakes by taste.

People liked it because they could relate to it. We all crave normal and contributing to just a little bit of that row made us feel important.  You could choose a side and eat its face for £5 whilst smiling a cup of tea. Can you imagine yourself doing the same with your audience? When you know them that well – you have a conversion winner.

You will. Email lists are the long game. It could be months (even years) before someone buys from you.  By turning up consistently, entertaining and responding to them, you earn the right to sell to them.

Turn up – and innovate

There’s an added bonus to being brave with your content – your enjoyment.

Nobody in the art world really bothered with sunflowers before Van Gough. They were considered unrefined. Something acceptable for the fields and gardens, but definitely not for the art studio. Van Gough did not care. He liked them, so he painted them. It was not just the beautiful full-blooming sunflowers, either. He did it when they were buds or when they were withered, old and curled up. He painted them in different colours, ways and light. He experimented.

This is your big, beautiful opportunity. By showing up and writing each week (or more), you get to experiment with your audience. That’s 52 chances to innovate and riff on your business. You’ve been handed 52 ways to be your reader’s pen pal, inspiration, cheerleader, teacher, problem-solver and muse. By the end of it, you won’t have a bunch of strangers to convert. You will have a group of friends, along for the ride.

PrevPreviousWhat is the best email provider for your business? 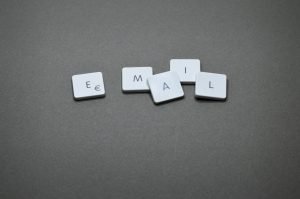 What is the best email provider for your business?

April is a key time for businesses to consider migrating or changing their marketing software – especially their CRM and email marketing platforms. Here are my top picks, based on my personal experience and that of my clients. 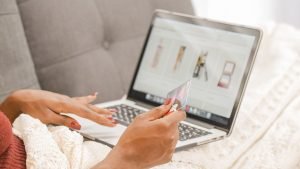 Why your transactional emails matter.

Your business has a hidden superpower. It’s effective, flexible (almost) free and overlooked by almost everyone. Of course, I am talking about your transactional emails. The best bit? You can use this blog tip immediately. 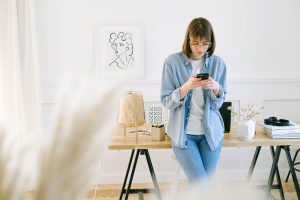 Have you seen your open rates shoot up, thanks to Apple’s Privacy Update? Is it even worth using the statistics now – and what should you do instead? Here’s the answers you’ve been looking for.